Zenabis Global Inc. has converted $6 million of its secured debt to shares in an effort to gain some breathing room.

The conversion price was $0.155 per common share and an aggregate of 39 million common shares will be issued, along with 20.1 million new warrants exercisable at $0.20.

The move leaves $11.4 million of secured debt outstanding, and Zenabis could decide to convert another $4 million to shares in the coming months.

Although the additional warrants would result in further dilution, it remains to be seen if they will ever be in the money. Currently, they are just out of the money with Zenabis sitting at $0.18 per share before market open.

Zenabis‘ operations are generating $5 million in gross profit on $12 million in revenues, solid numbers to be fair. However, their operations need to be right-sized with cash operating expenses totalling $14 million.

With $28 million in cash and $26 million in accounts payable along with $40 million in customer deposits (cannabis product that has been paid for but not delivered), it seems like further dilution is imminent with $11.4 million still outstanding.

At similar pricing, that would result in the issuance of an addition 73.5 million shares, or another 30% of dilution. Overall it appears Zenabis shareholders are on track to see a minimum of 50% total dilution from the secured converts in the coming quarters.

The TSX has conditionally approved the conversion and all amounts owing under the convertible notes will remain convertible into common shares at a price of $1.17 apiece. The decision to convert the debt dilutes the stock, but management is confident that it can provide the springboard for Zenabis to become a sustainable business.

“We are pleased to be strengthening our financial position through reducing the principal amount outstanding of our existing secured convertible notes,” said chief executive Kevin Coft.

The Vancouver-based company announced last month that Coft would take over as interim CEO, replacing the outgoing Andrew Grieve. Coft was a founding member of Zenabis and he previously served as chief executive when it was part of the Sun Pharm Group.

Recruitment firm Korn Ferry is assisting with the hiring of a permanent chief executive and an announcement should be made during Q1. Earlier this month, Zenabis also announced the appointment of Eric Rasmussen as chief financial officer replacing the retiring Mike Smyth.

Zenabis will need to ramp up production and boost sales over the next five months if it is to convince a traditional bank to offer financing.

He joins at a critical time in Zenabis’ history. It was formed through the merger of Sun Pharm Investments Ltd. and Bevo Agro Inc. in January 2019, and it has increased its licensed capacity by more than 500% since then, with facilities in British Columbia, New Brunswick, and Nova Scotia.

However, it has around $58 million in debt due in June 2020. It will hope to secure a loan from a major bank by then, which would allow it to pay off the looming maturities and then work towards becoming profitable.

Zenabis will need to ramp up production and boost sales over the next five months if it is to convince a traditional bank to offer financing. In September, it secured a deal to supply the Ontario Cannabis Store with 21 products, making it the 10th province/territory that Zenabis supplies, and it is developing new products for Cannabis 2.0. 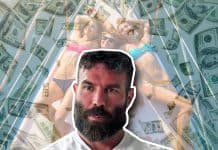 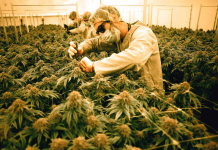 Road to Profitability is Paved with Layoffs 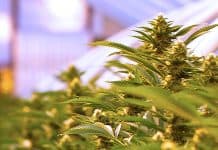 1933 Industries – A Grounded Approach to the Cannabis Industry