Aleafia Health Inc. reported a net loss of $9.7 million on operations in 2018 after it purchased Emblem in a $175 million all-stock deal.

The firm’s results show that Aleafia Health itself recorded a gross profit of $1.6 million, while Emblem experienced a net loss from operations of $24.3 million. Aleafia brought in total revenue of $3.3 million in 2018 and Emblem added another $8 million to that figure.

Aleafia Health and Emblem had combined cash on hand of $63.2 million at Dec. 31, 2018, and the balance sheet could be a cause for concern among investors. It could burn through that cash before achieving profitability and some may fear a dilutive cash raise.

This goes some way to explaining the stock’s significant underperformance over the last few months. Its price increased in line with the majority of the marijuana sector at the start of 2019 and it reached $2.77 on Feb. 5. However, it has steadily decreased since then and it closed at just $1.60 on Friday, Apr. 26.

Today it opened at $1.63 today after releasing its financial results, and then decreased to $1.56 after 15 minutes of trading. That looks like a tempting price given the potential upside of this stock.

Aleafia is on the verge of becoming a major player in the Canadian cannabis industry as production capacity is set to reach 138,000kg of flower after expansions are finished in the next couple of months.

Its facility in the Niagara region just needs to be retrofitted and production will begin next month. A 60,000kg outdoor grow operation in Port Perry will be in a plant ready state next week. An additional facility in Scugog, Ontario is undergoing a 150,000 sq. ft. expansion.

It will also have annual extraction capacity of 50,000kg at another facility that will be ready in June. Concentrates are an important part of the cannabis market in the U.S. and they should prove popular when permitted in Canada later this year. Many firms outsource extraction to specialist companies, but Aleafia is bringing it in-house and it can expect to cut down costs as a result.

Aleafia’s market cap is below $450 million and that is smaller than the valuation of any other major licensed producer with annual capacity north of 100,000 kg.

Aleafia already has a 175,000kg, five-year supply deal in place with Aphria and it has made another agreement with one of Tilray’s subsidiaries. In 2018 it began selling to government wholesalers covering two-thirds of the Canadian population and it signed a supply deal for Emblem branded cannabis with Shoppers Drug Mart, Canada’s largest pharmacy chain.

It has also made a strategic investment in Australian cannabis producer CannaPacific and it hopes to extend its reach further into the Asia Pacific region.

Aleafia’s market cap is below $450 million and that is smaller than the valuation of any other major licensed producer with annual capacity north of 100,000 kg.

“We believe that our strategically placed assets, strong management team and distribution channels will allow us to scale our global mission of growing, processing and selling high-margin, value-added cannabis health and wellness products,” said chief executive Geoffrey Benic, who joined the firm in June 2018. “With the buildout of three production facilities nearing completion and major supply agreements coming online, we now have the assets in place to scale our cannabis health and wellness vision globally.” 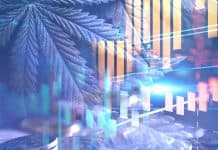 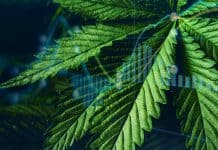 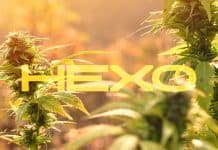